Janggi board is more than to indian chess similar to goban from “GO” of the Xiangqi board (the difference is that in Janggi has no “river” in the middle). What is interesting Janggi can be played using Xiangqi  set (and vice versa) – pieces are very similar You only need to remember about differences in rules. The board has 10 vertical lines (called rows) and 9 horizontal lines (called columns, files or aisles). Additionally at each side there’s palace (castle) – the rectangle with diagonals (general’s home). Figures are put on the nodes (junctions of the lines). 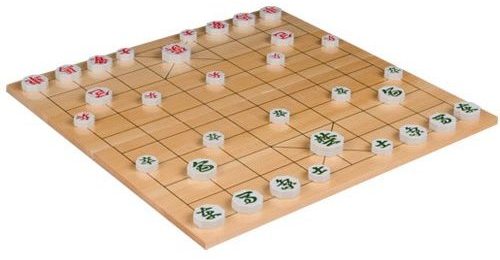 In Janggi there are four posibble starting positions due to the free of setting Elephant and Horse.

1. Horses outside the General (so called won ang ma).

2. Horses closer to the General (so called yang gwee ma).

Calendar
May 2022
EventsAll Events
All Events